Today went much better than yesterday.  We had breakfast and then headed out to the zoo. 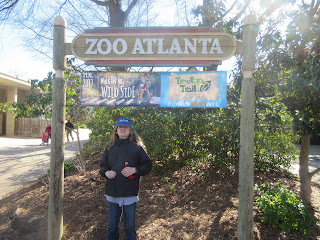 The kids were initially cranky but turned it around when we heard the lions roaring.  We headed over and one of the lions walked up to the glass to have a staring contest with Nathan. 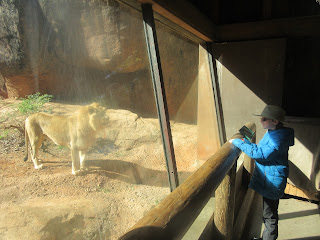 A fair number of the animals weren't on display due to the unseasonable cold (you know, only 10 degrees, so frigid for Atlanta) but the ones who were out tended to be fairly active.

The highlight for Nathan was a two level climbing structure called Sky Trail.  He was very adamant about wanting to do it on his own. 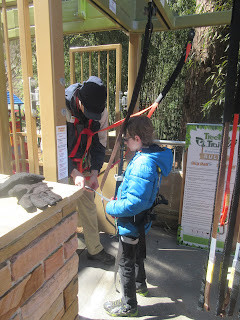 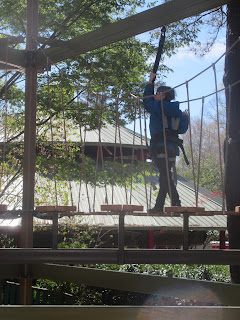 There were a few times where his tether got stuck but he figured out how to get it loose without panicking or getting upset.  I was very proud of him. 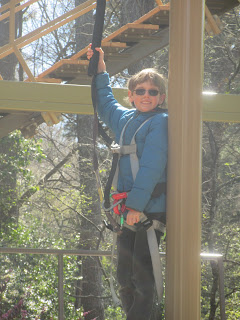 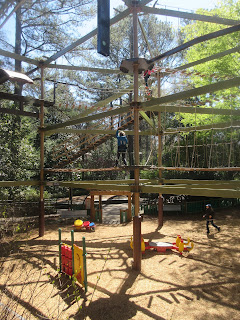 Unfortunately, Alex could not go on it, which made him quite cranky.  I ended up taking him aside and getting him some cotton candy while Nathan did another round of the equipment. 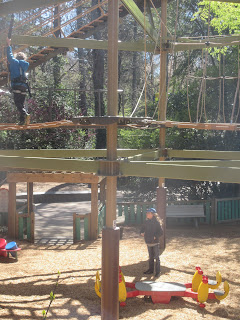 We finished the day with a ride on the Zoo train. 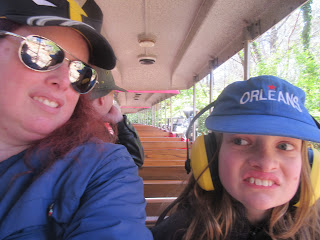 After the zoo, we stopped by a grocery store to pick up road snacks and then had a quiet rest of the day.  Both boys are still having a lot of problems with complaining and sulking.  Maybe it's being together all day for five days in a row, or maybe not enough sleep or the number of new experiences.  But they are definitely crankier than normal.

Posted by Jennifer Mackintosh at 02:03