Last night, the family went to a Sens game and we got VIP treatment.  Our tickets were waiting at the Concierge desk, where the staff congratulated both boys on what would be a special night. 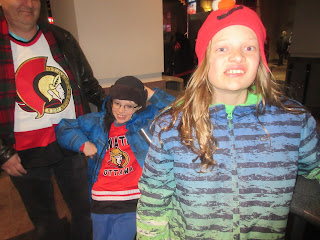 Alex and Nathan got to be in the high 5 corridor and give the Sens' players a high five as they went onto the ice for the pre-game warm-up.  Nathan looked a little uncertain but told me he had fun.  Alex was more interested in trying to high five the people on the other side of the aisle. 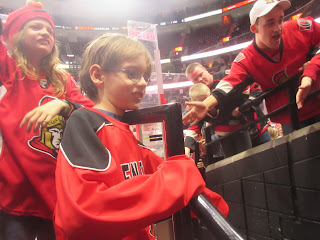 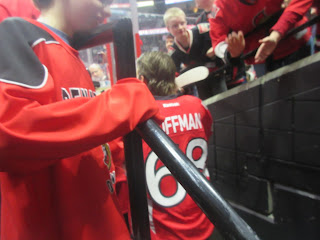 Then we went up to our seats in the 300 level, stopping for popcorn and cotton candy. 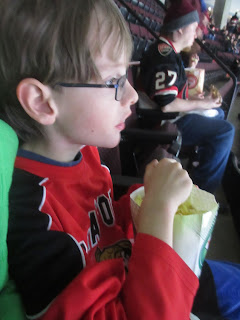 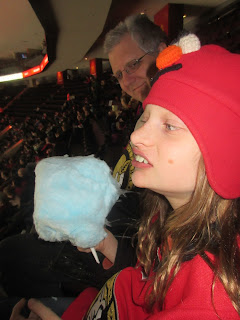 Note for next time: make sure we have wipes or a wet cloth when Alex gets cotton candy.  His hands and face were encased in blue sugar.

And finally, the big moment, Nathan got to ride the Zamboni for the first intermission.  He waved to the crowd, appeared on the Jumbotron and was very excited.  (A change from Alex's trip where he had his hands firmly clamped over his ears the entire time.) 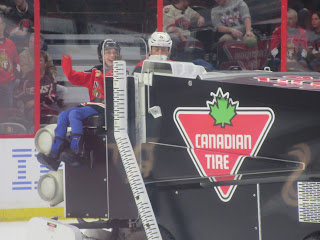 We left after first intermission but did a quick stop at the Sens fan zone for another picture or two.  Go Sens Go! 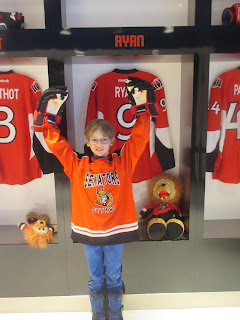 Posted by Jennifer Mackintosh at 05:23