Nathan's Trip to Toronto (with Pictures) 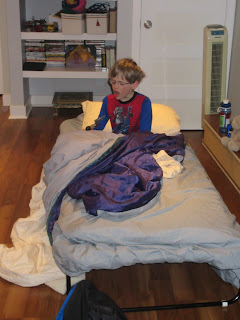 We arrived late on Friday night, so we went to bed fairly promptly.  Mr. Nathan was quite excited about the folding cot. 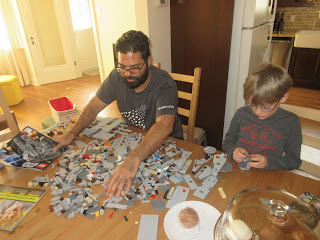 He was even more excited to discover that Uncle Varun had a Lego Millennium Falcon.  Nathan has been wanting to play with one of those for quite awhile.  They dug out all the pieces and the instructions and got started. 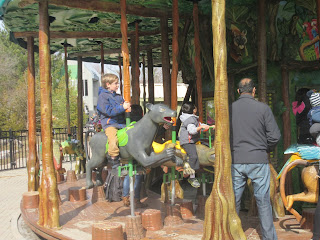 We interrupted the Lego build to go to the Toronto Zoo.  Nathan wanted to begin with a ride on the carousel, which was fine by us. 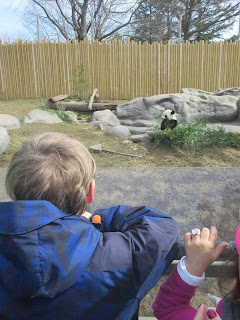 Then we went to see the pandas.  The line for the babies was over two hours, so we were satisfied to see the adults. 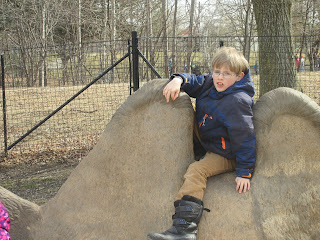 Nathan found a camel to ride. 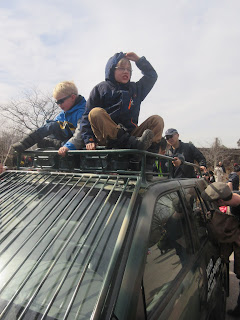 And joined the anti-poaching patrol. 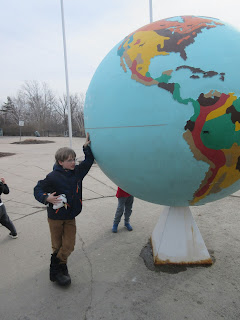 We finished with a look at the globe outside the Zoo to see where all the different animals we'd seen live in the wild. 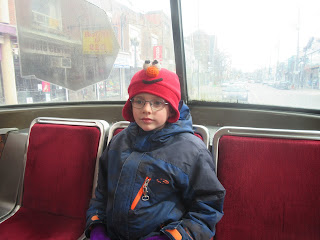 On Saturday, we ventured out on the streetcars to visit the Royal Ontario Museum. 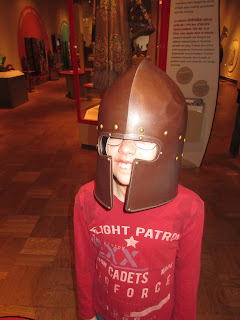 Nathan got his knight on. 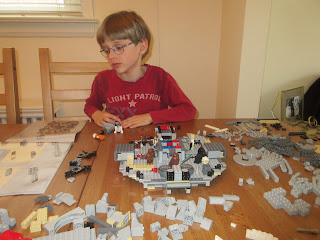 More work on the Millennium Falcon. 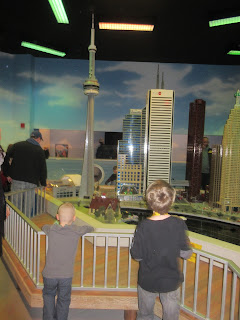 On Sunday, we went to the Legoland Discovery Centre and saw their model of Toronto. 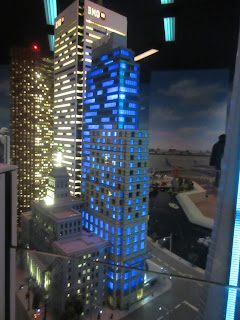 I have to admit that it wasn't as impressive as the Legoland in Florida but the cityscape was still great to look at. 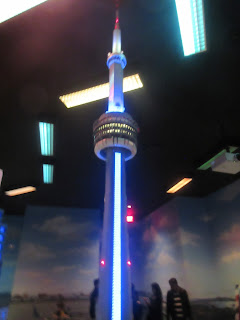 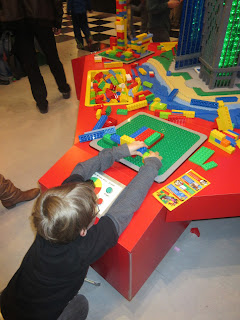 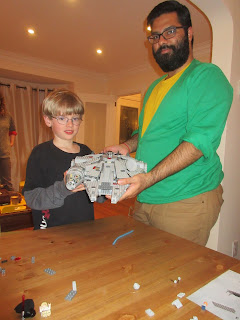 And he finished the Millennium Falcon.  He did most of the work himself, with only a bit of help from the adults. 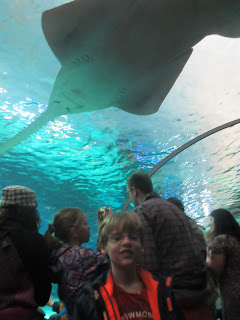 On our last day, we visited the Ripley's Aquarium.  Nathan and I were both impressed by this giant sawfish. 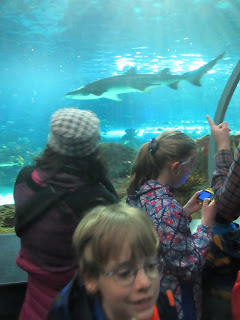 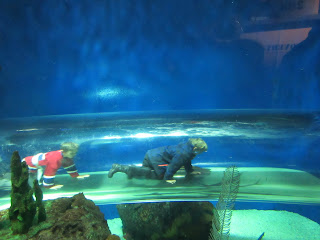 Nathan crawled through the shark tunnel. 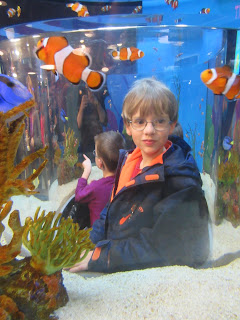 And visited his Finding Nemo friends. 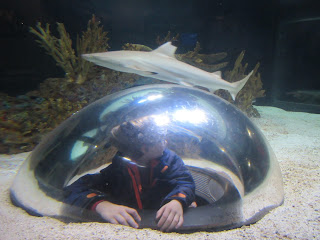 And got up close and personal with these black-tipped reef sharks. 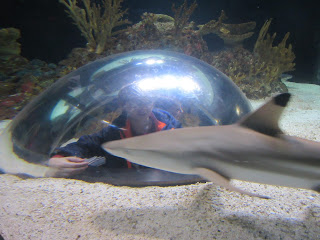 He had a great time, but he was definitely ready to head home by the end of it. 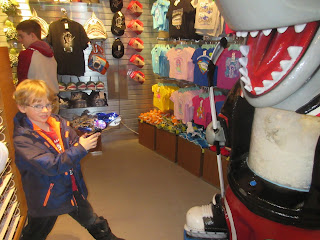 Posted by Jennifer Mackintosh at 06:19

Email ThisBlogThis!Share to TwitterShare to FacebookShare to Pinterest
Labels: holiday