Star Wars: The Force Awakens, along with Nathan (No Spoilers)

Nathan is at the perfect age for Star Wars.  He's 8 years old, which is the age most of the dedicated, die-hard fans were when they first saw the original trilogy.

We'd shown him Episodes 4-6 (A New Hope, Empire Strikes Back and Return of the Jedi) and he loved them.  He was Han Solo for Hallowe'en. 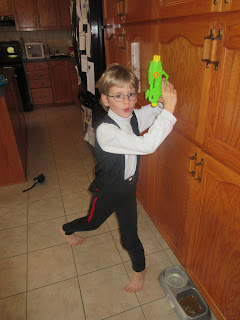 His favourite part of Disney was the Star Wars portion. 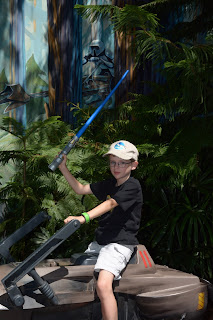 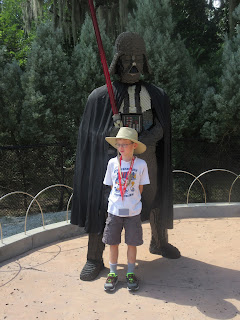 This was his first experience of a movie as part of the mega-fan crowd.  He got dressed up in costume and applauded along with the rest of the crowd during the opening credits.

Watching him get swept away by The Force Awakens was better than the movie itself.  (And I really liked the movie, so don't think that's dim praise.)  His eyes were wide, he gasped, he laughed.  For over two hours, he wasn't Nathan, he was swept up and became Finn and Rey and Kylo Ren.

That's a magical experience and one I'll treasure for the rest of my life.
Posted by Jennifer Mackintosh at 05:49

Email ThisBlogThis!Share to TwitterShare to FacebookShare to Pinterest
Labels: awesome