Today we ventured out from the sheltering ears of the mouse to visit Legoland.  Disney was quite happy to help us arrange to rent a car, provide us with maps and a shuttle to the rental place.  After that, we were on our own.  We had a few missed turns but once we found the highway, we were good. 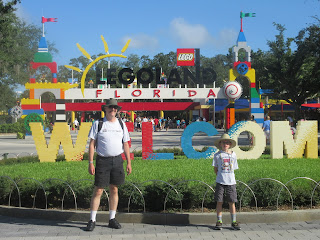 We arrived just as Legoland was opening for the day.  As it opened, they played "Everything is Awesome" from the Lego movie.  Dave and I joked "I could listen to this song all day" and the joke was on us, since it was on a continuous loop at the front gates. 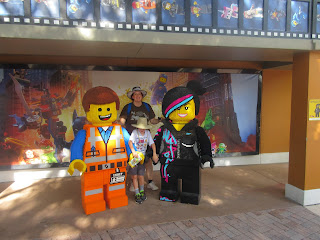 Our first stop was these giant Lego creations of Emmett and Wyldstyle from the Lego movie.  The amount of work and detail in the park's creations was astounding. 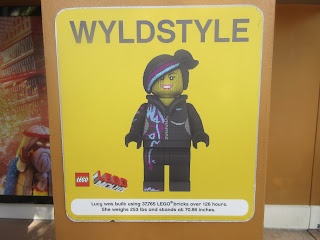 I have dozens of pictures of various Lego creations but I've tried to cull it down.  If it hadn't been blazing hot and full sun, we probably could have spent the entire visit looking around Miniworld.  Everything is built out of standard Lego.  No specialty pieces, no minifigures, no stickers, just Lego. 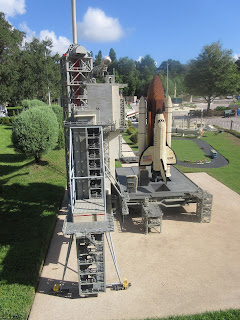 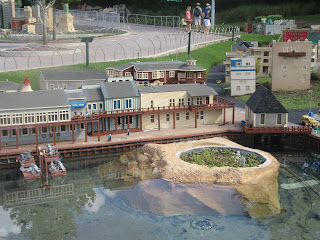 It didn't take us long to go through the water we'd brought, at which point we discovered that the Legoland restaurants didn't open until noon.  Not even the little food trucks for ice cream and popcorn.  I was not impressed and Nathan was tired and cranky and wanting to go home.  We convinced him to keep trying. 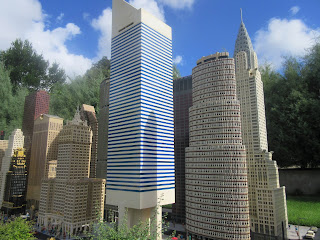 With some ice cream and water in him (once everything opened), Nathan perked back up.  We got him on a roller coaster (Coastersaurus) in the Dinoland section.  He really enjoyed it. 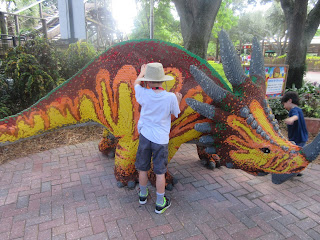 He and Dave were both very impressed by this car built out of Lego. 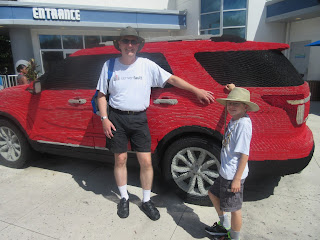 They went on a boat ride. 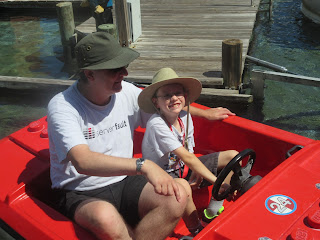 And Nathan earned his drivers licence by passing the Legoland driving test.  (Only valid in Legoland and its subsidiaries.) 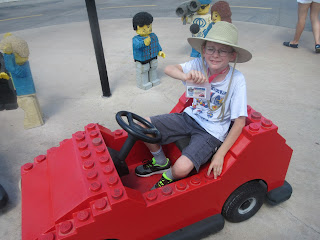 After that we checked out the Star Wars Miniworld creations, which were incredibly impressive. 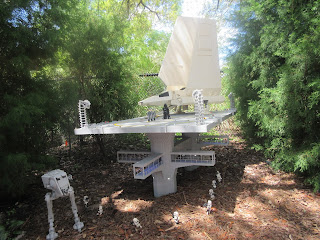 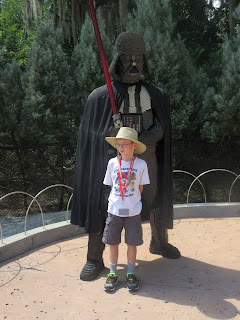 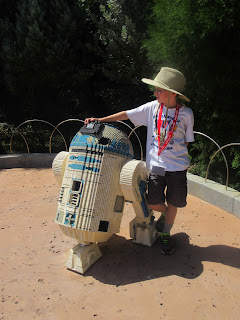 Nathan decided he didn't want to visit the water park, so we wrapped up our day a little early and headed back to the land of mouse ears, but first we had one last stop at the Lego pumpkins. 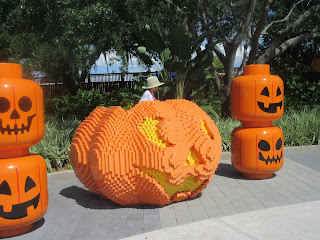 On our way home, we stopped at a grocery store and picked up cereal and milk for breakfast.  Since Disney provides a fridge in all hotel rooms, we decided to skip the early morning chaos of the dining hall and have breakfast in our room before heading out.

Nathan got to play in the arcade when we came back and then we watched The Incredibles under the stars.  A very good day.
Posted by Jennifer Mackintosh at 05:34