Today was the big event of the birthday season: Nathan's party.  We invited 25 kids (17 confirmed, 14 came), I made 18 shields and ID badges, we hired Captain America to come entertain the kids.

It ended up being a blast.  I have to give full props to the Captain.  He came in and he was full of energy and kept those kids going for the full hour. 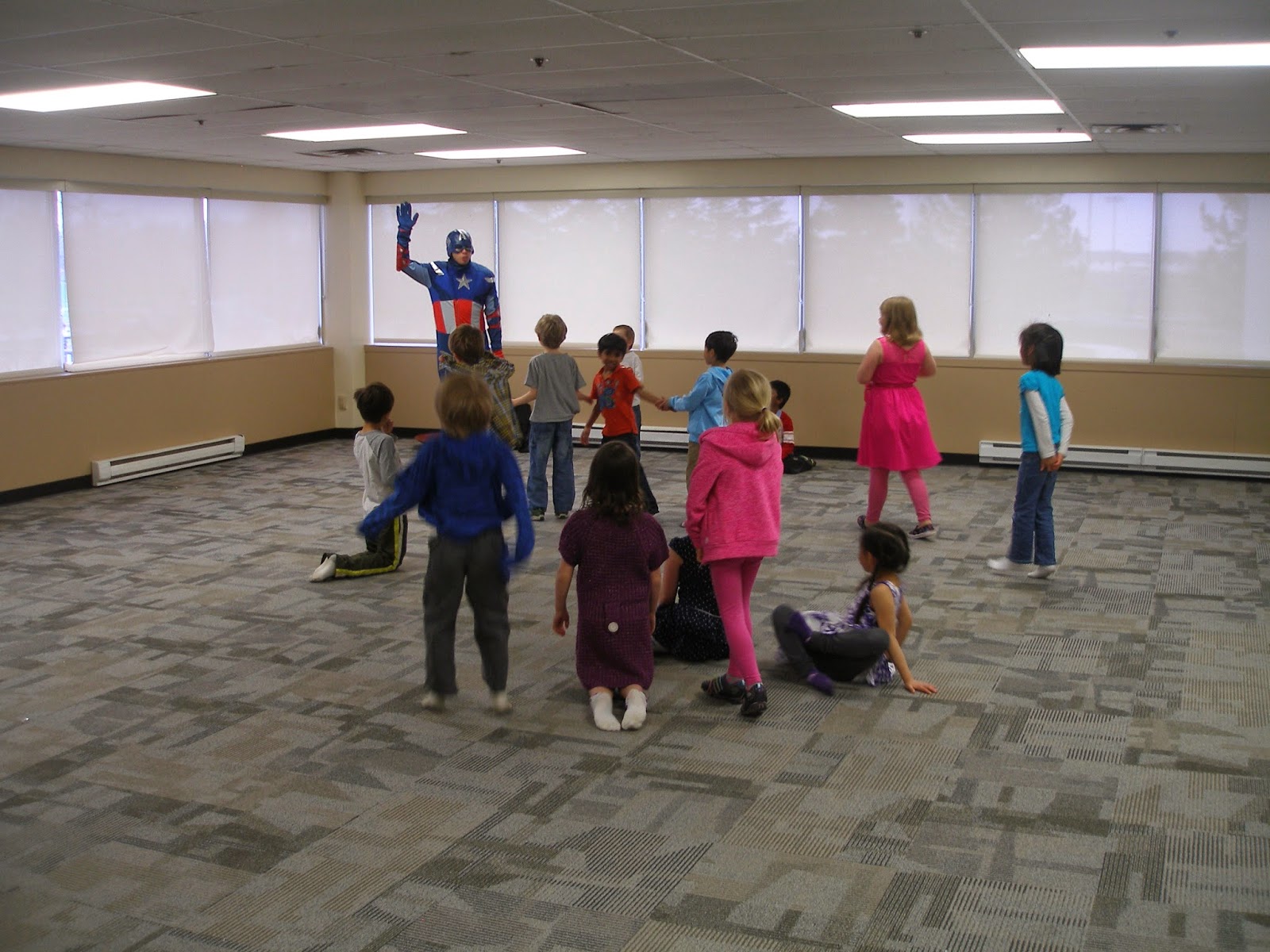 Though we will admit to being a little geekily suspicious when the first thing he asked everyone to do was put their hands up.  (Hail Hydra, anyone?)*﻿ 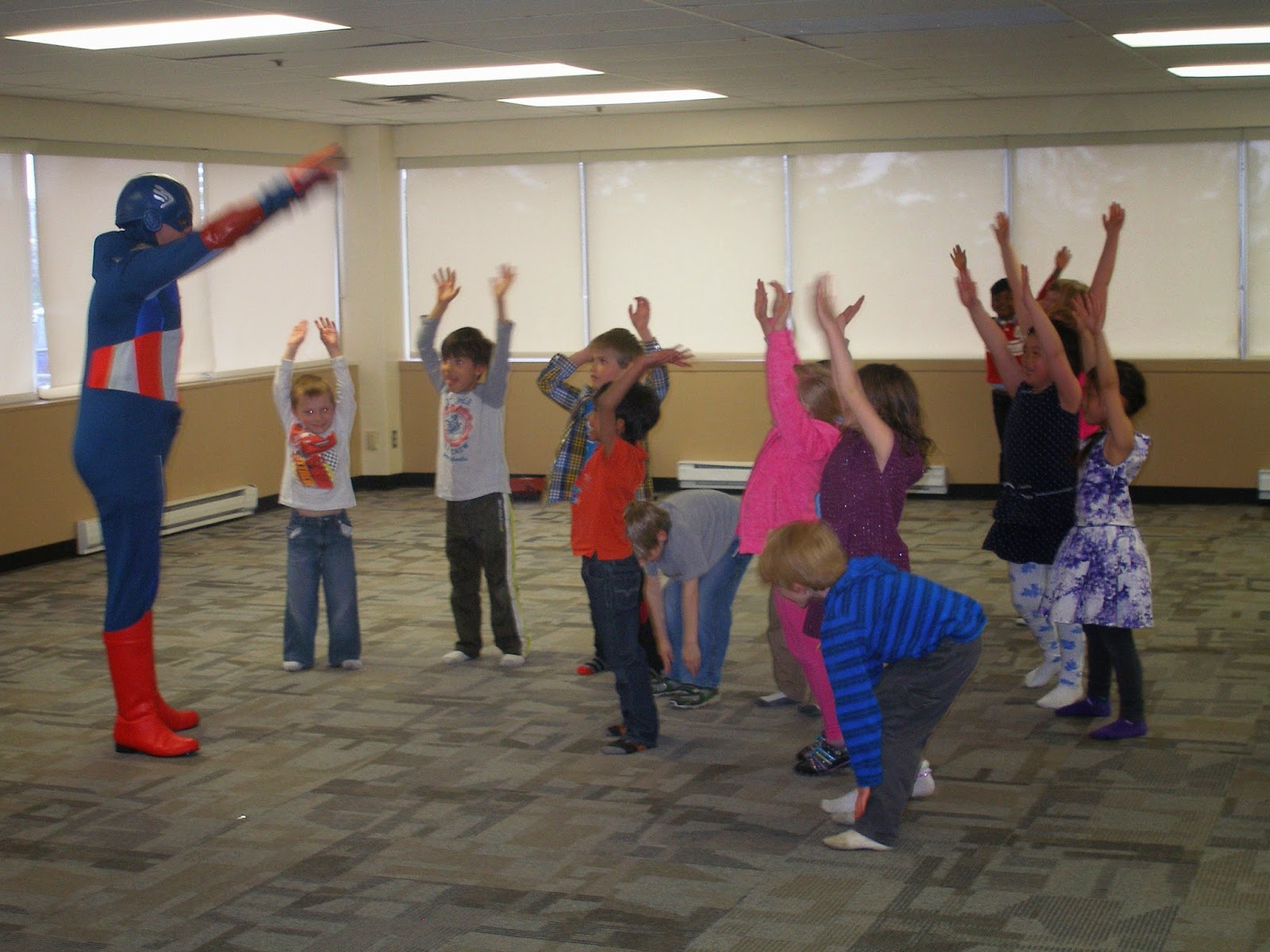 * Ed note: this is apparently only funny if you've seen the Captain America movie or watch Agents of SHIELD. 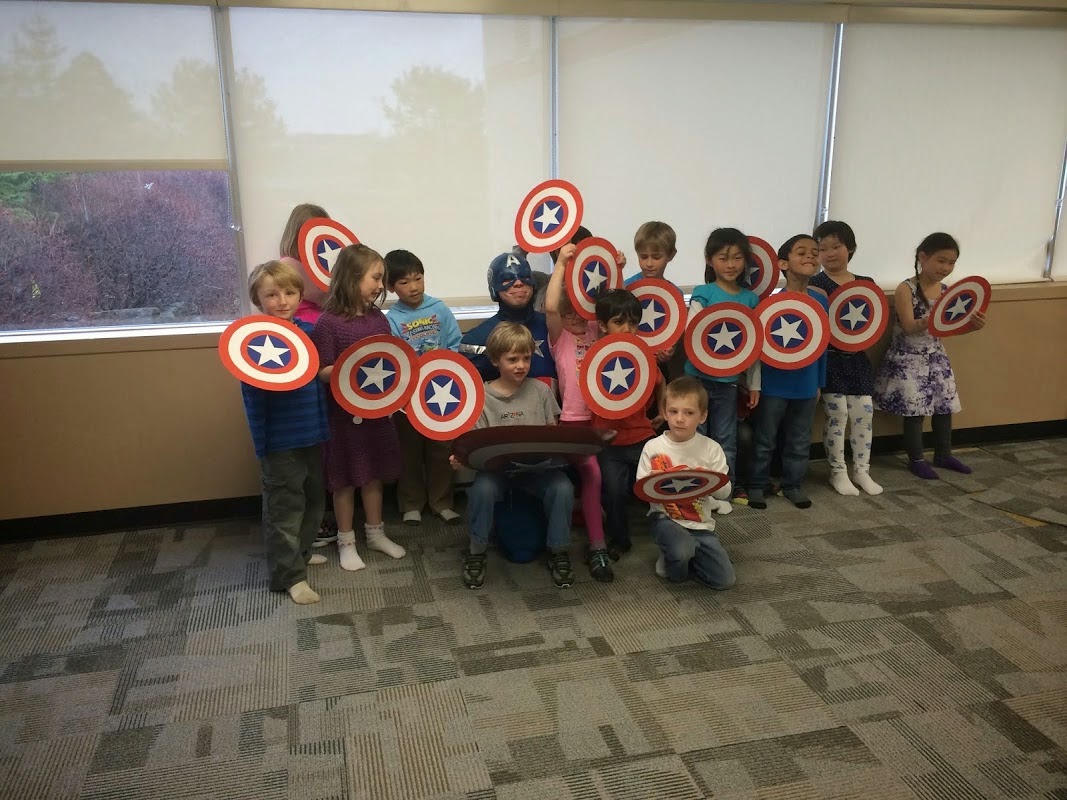 All the kids ended up having a great time and "earning" their shields as official superheroes.  And I am rather proud of how Nathan's cake turned out: 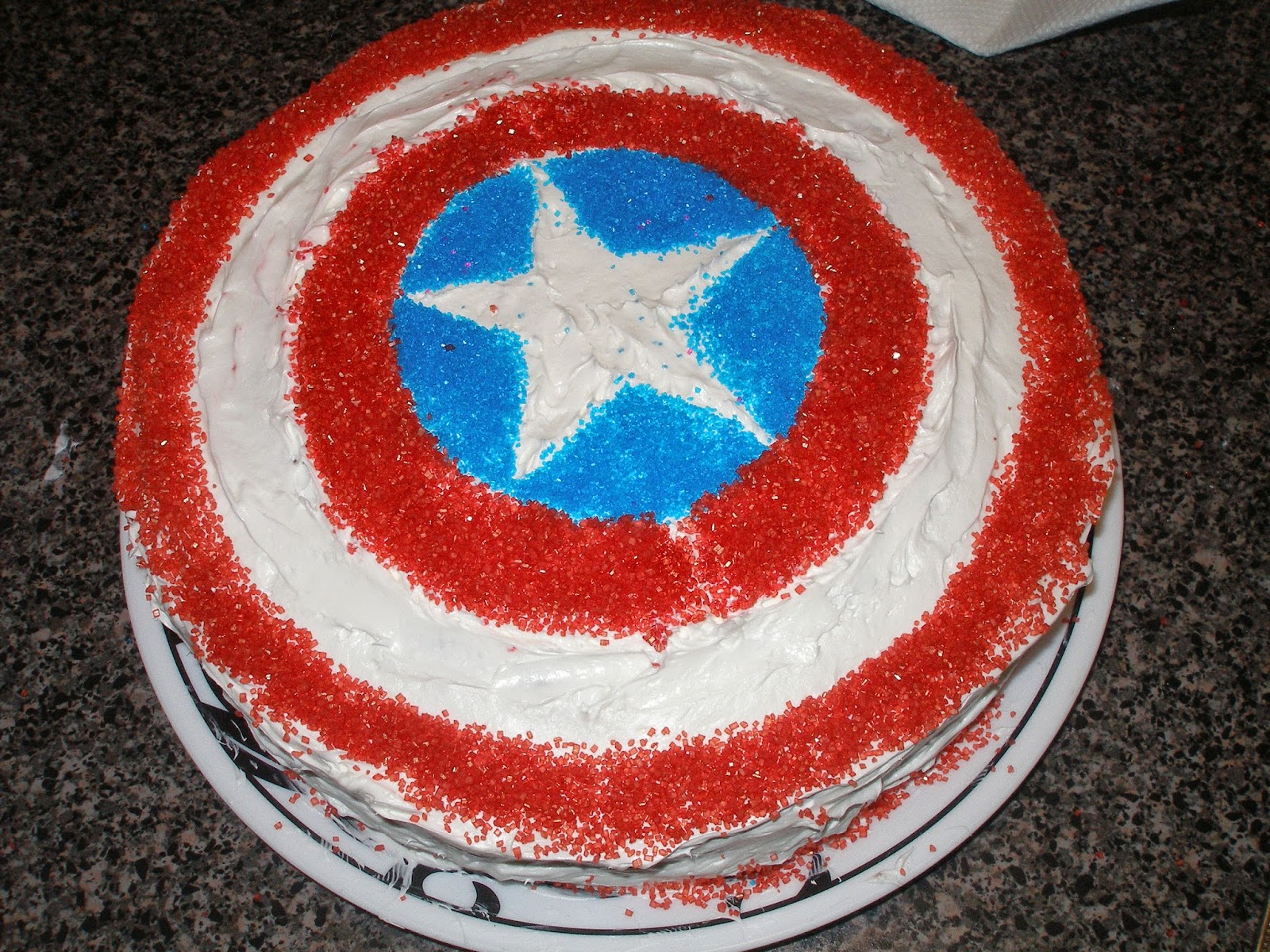 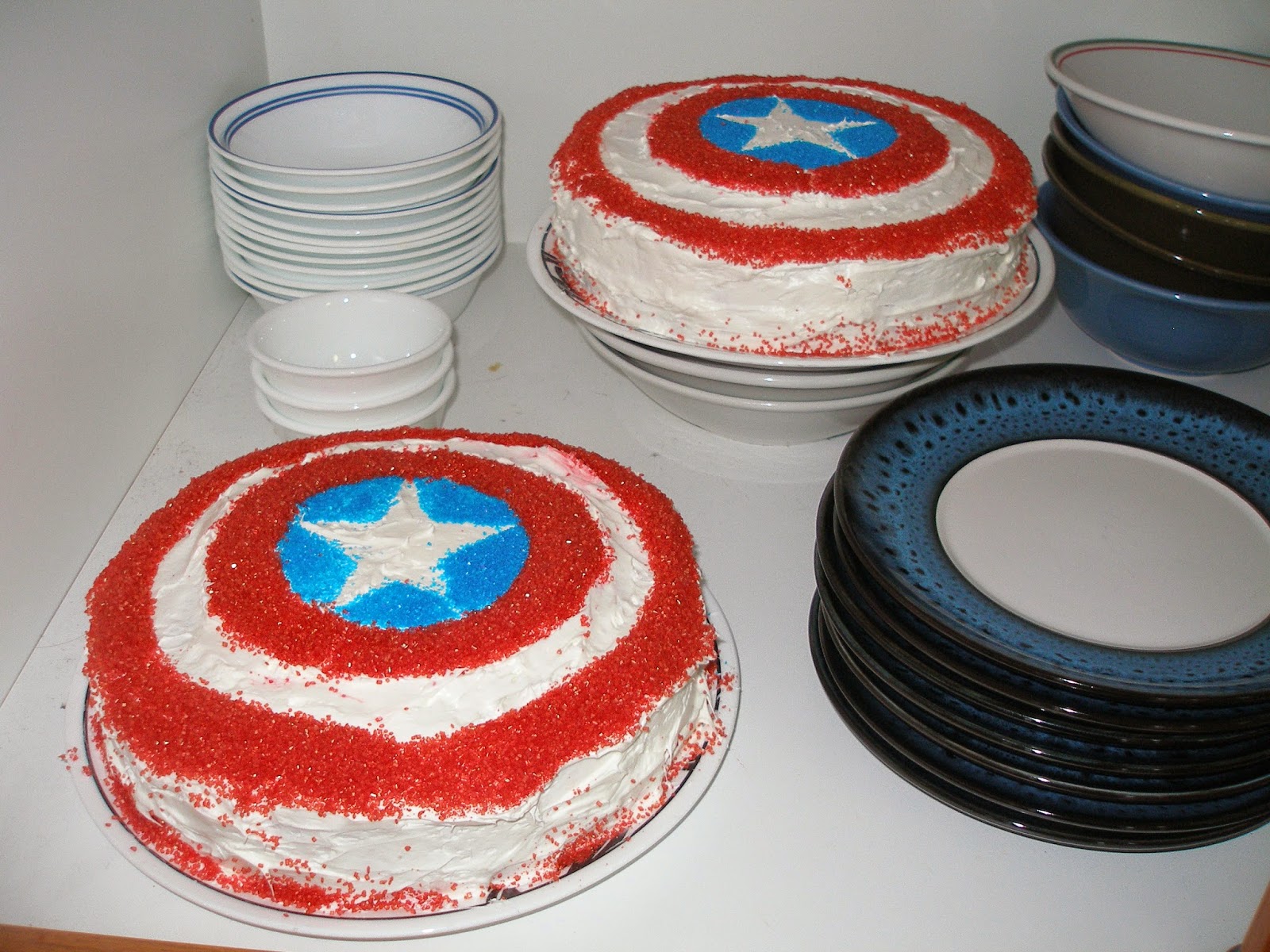 I used a Bristolboard cutout to do the blue sprinkles around the star and the red circles for the shield.  The white is just icing.

This ended up being a crafting-heavy party for me but I've avoided ending up in the Martha Stewart Asylum For Overenthusiastic Decorators.  Nathan really enjoyed it, his friends enjoyed it, it was all awesome. 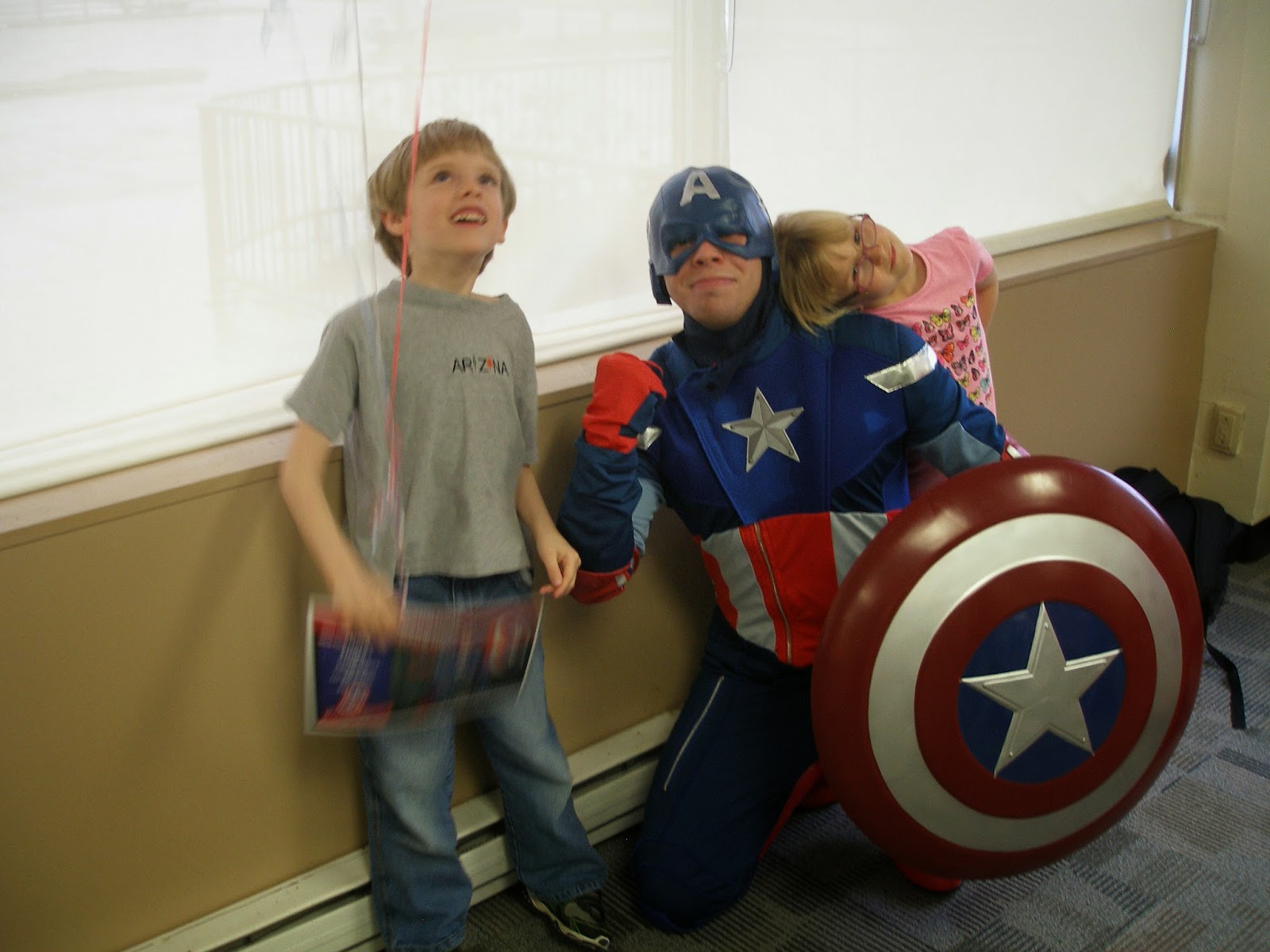 Posted by Jennifer Mackintosh at 15:25

Email ThisBlogThis!Share to TwitterShare to FacebookShare to Pinterest
Labels: awesome