On Friday, Nathan's Beaver troupe had their annual Cosmic Adventures sleepover.  I went along as a designated parent.

This is pretty much the highlight of the Beaver year.  And it's frankly the kind of camping that I can get behind.

We arrived at 7:30, about an hour before close.  Nathan immediately took off to play.  The Beaver leader, Rainbow, was very considerate.  She tracked me down to ask if there was anything they needed to know for Nathan for while he was at Cosmic.  Luckily, we had memberships from the time he was a baby until this year, so he's very familiar with the place.

After everyone else had gone home, the Beavers got to do a craft.  (I apologize for the poor quality of the pictures.  I tried using my phone camera and decided I will be bringing a real camera in future.) 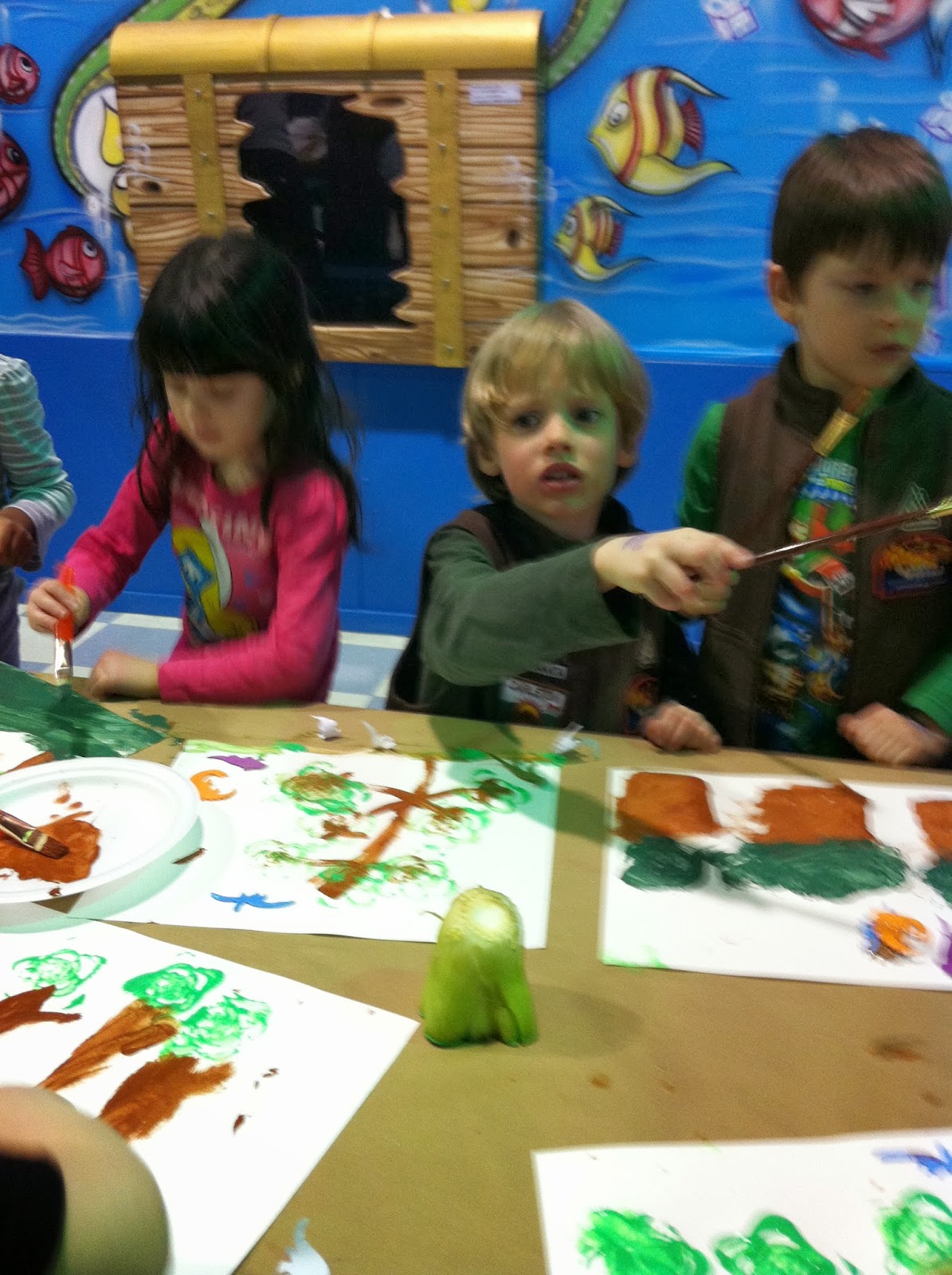 After craft, we had a little snack. 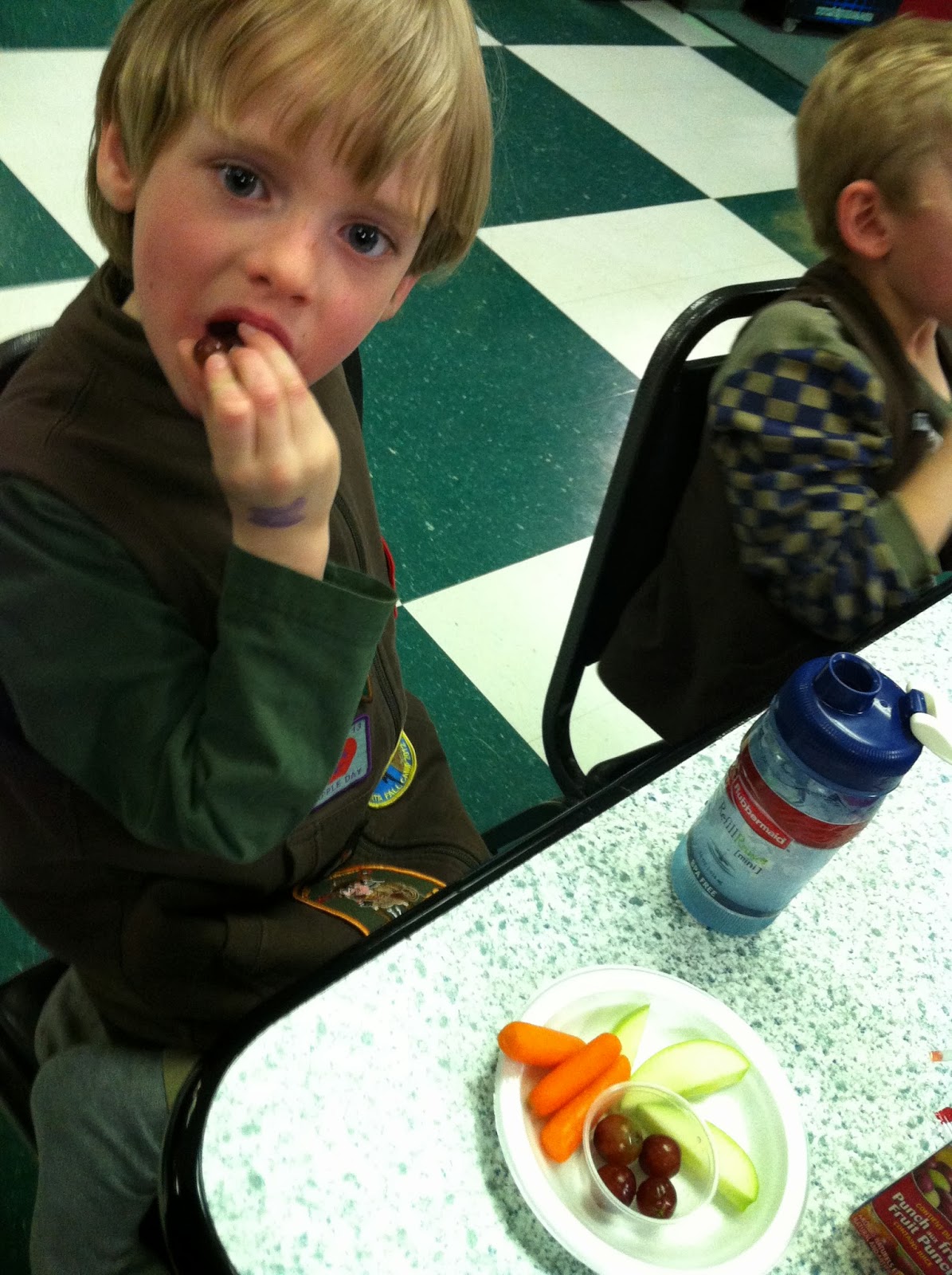 And then we had campfire.  Nathan especially enjoyed the "Button Factory" song.  (Hello, my name is Joe.  And I work all day in a button factory.  I got a house and a dog and a family.  One day at work my boss came to me.  He said "Joe, are you busy?" I said "No."  He said "Push this button with your left hand." ... then right hand, left foot, right foot, nose, bum and tongue.  It's a lot of wiggly fun.)  I didn't get a picture of it. 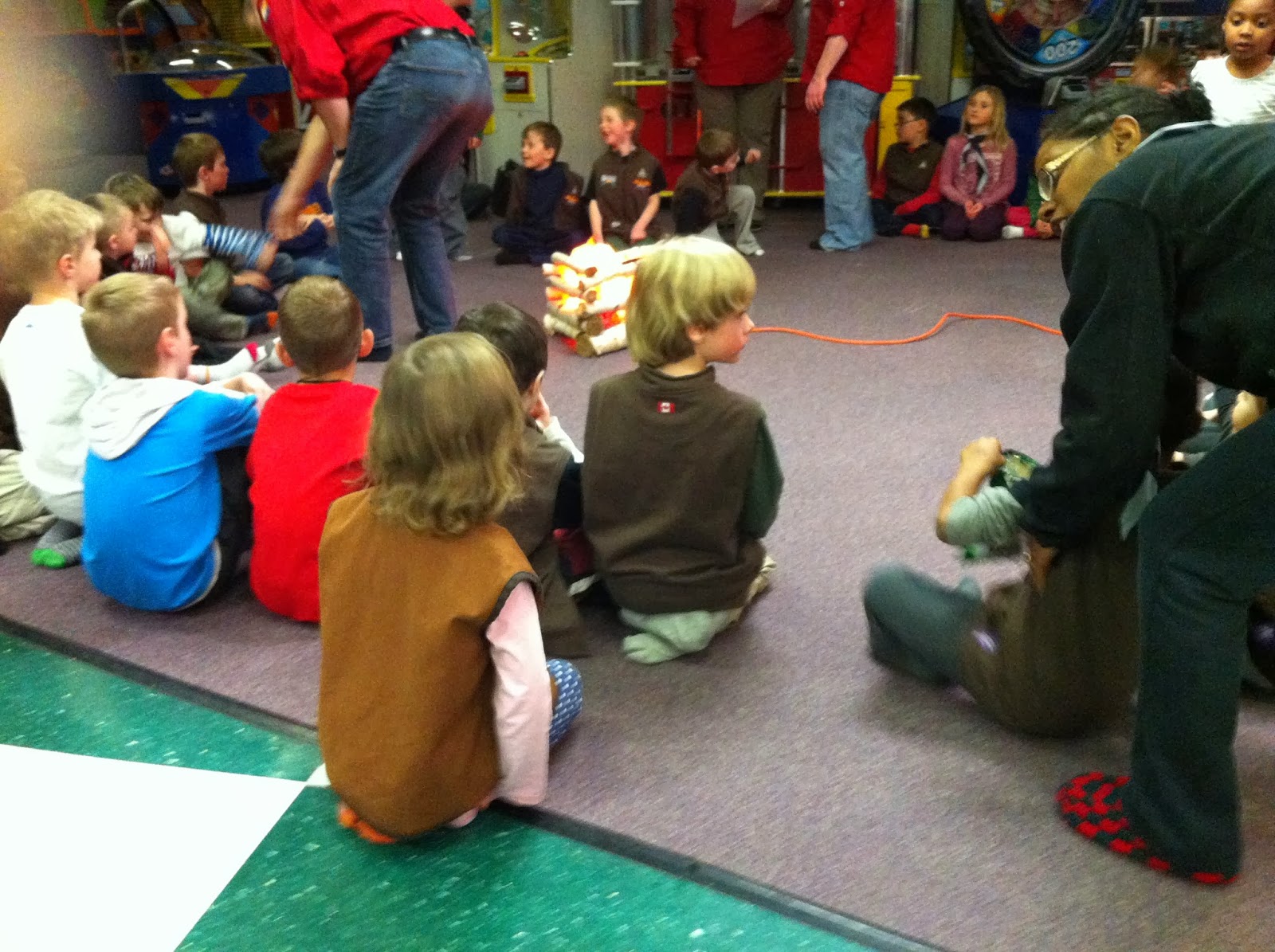 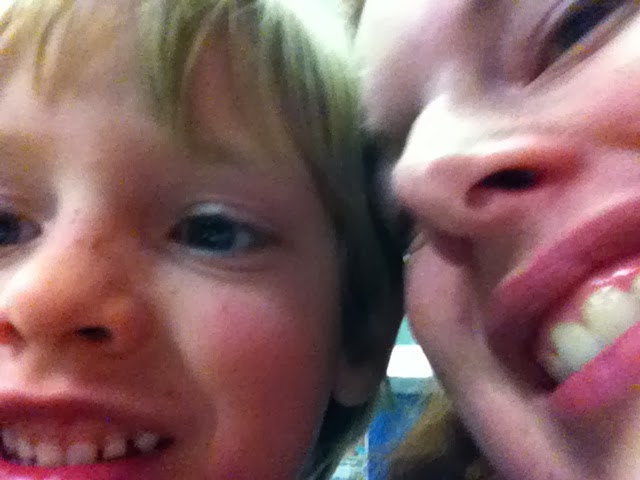 And then we picked out our spot on the playstructure to sleep for the night.  We were about twenty or twenty-five feet up in the air. 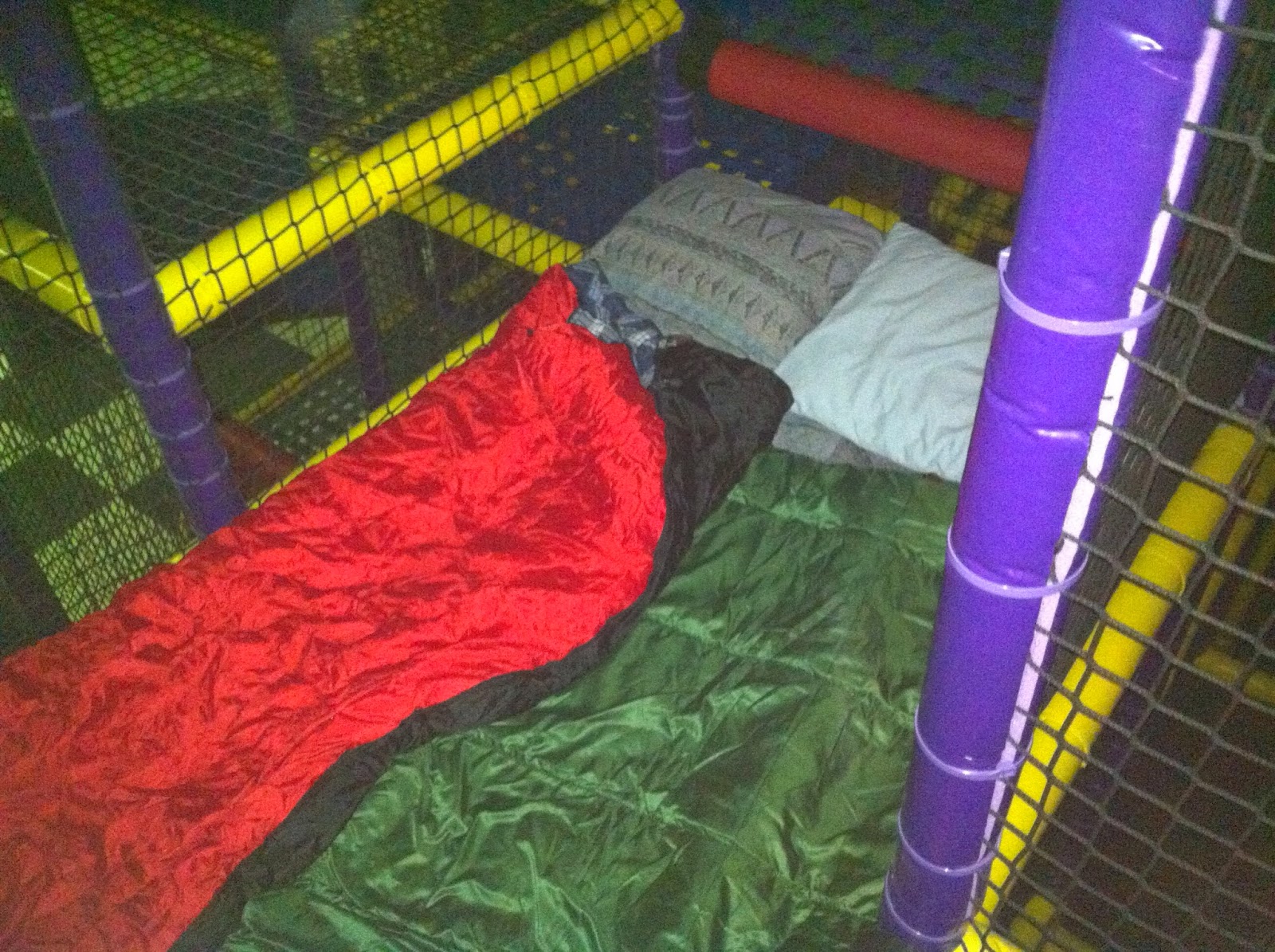 Once we got settled, Nathan turns to me and says he has to go to the bathroom (which is down on the ground).  I tell him to go ahead and he tells me he'll go faster on the slide.  Which he does.  When he comes back, a few minutes later, he tells me he thinks he forgot to wash his hands and needs to go down the slide again.  I tell him it's okay.  A few minutes later, he needs to go to the bathroom again.  Five visits in all before he decides he's finally done.

He was very intrigued by sleeping up so high.  Especially since the floor was woven cargo straps and we could see through the gap all the way to the ground.  But no fear from him.

It was a short sleep.  The kids didn't settle until nearly midnight and Nathan was up at 5.

But we all had a good time.  I'm even looking forward to next year.
Posted by Jennifer Mackintosh at 15:15