I Dream of Paint

For the last few weeks, I've been painting our upper hall and stairwell.  Generally, I've been doing a few hours here and a few hours there but I took advantage of having an empty house and ended up painting for almost 12 hours yesterday.

And I am feeling it today.

On the plus side, I am now almost completely finished.  And I've developed new mastery of the six to twelve foot collapsible pole.  And a new appreciation for the uses of painter's tape.  (Like taping a brush onto the end of the pole to get at the tiny little spots which my handy-dandy trim-edger refused to touch.)

I'm fairly pleased with the results.  Especially the boys' doors.  I went with a little decorational whimsy. 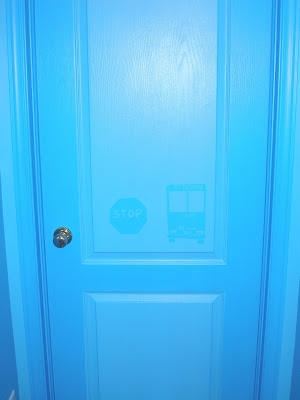 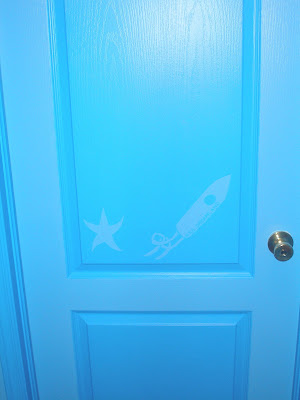 Nathan's door.
Here are close ups of the details:
﻿ 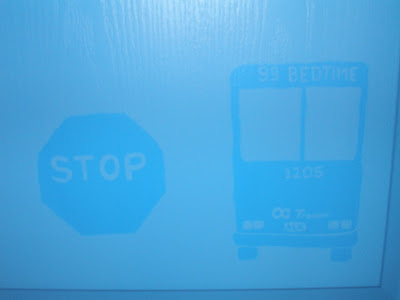 Alex loves stop signs.  He has ever since he was a toddler.  And he also loves OC Transpo.  I've had a lot of practice freehanding stop signs but this is my first shot at a bus.  I think it turned out fairly well.  I had some pictures from the Internet and taped them to the door while I was drawing.  It may be hard to read in the picture, but the bus is the 93 BEDTIME. 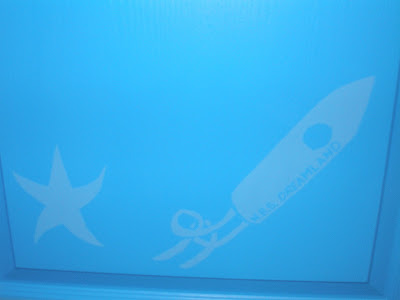 Nathan has been very into stars and planets and astronomy.  So I did a star and a rocket for his door.  He's been playing a computer game where you can build a rocket and send little monkey-people into space.  I wanted to draw a little monkey person looking out of the window but that proved to be beyond my capabilities.  The rocket is the N.R.S. DREAMLAND.  (Nathan Rocket Ship)﻿
﻿
Posted by Jennifer Mackintosh at 16:11